In the Performative Story Workshop, the participants watch a short performance and pen a fictional portrait of it, just as a painter paints a live model in his atelier. Aiming to focus on the speed and slowness of the writing process as well as the feelings of being caught off guard and improvisation, the workshop questions how the author can process external factors in an individual way and how performance and literature can interact with one another.

The Momentary Reactions of an Author: Question Your Teaspoons!

“Inspiration” is one of the fundamental concepts we experiment with at the Field of Textual Experiments. How, when, and under what conditions this concept comes into play, and its terms of existence are among the primary questions we tackle with. Finding a way to overcome this almost-cliché concept that has been associated with “the image of an author experiencing creative block for long hours” serves as one of the focal points of our experiment.

“Performative Story Portrait”, held at the lovely venue of Tasarım Atölyesi Kadıköy (TAK) a few weeks back, we probed the general view of inspiration with an interdisciplinary method.

Based on an irritation that puts a strain on every participant (i.e. the “player-author) the “Performative Story Portrait” aimed to shorten the thinking phase of the creative process as much as possible, and to squeeze the concept of inspiration in a momentary reaction. 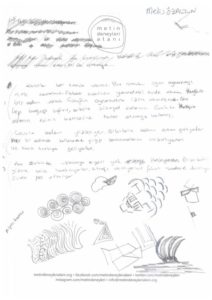 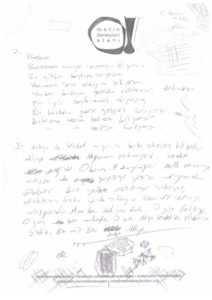 Having watched three short performances (five minutes each), the participants created short stories during the performance, rather than afterwards as expected from a conventional session. During this workshop, with which we aimed at instilling the feeling that fiction acts independent of you, our “player-authors” struggled to keep up with the story itself rather than waiting for an inspiration. Though they were unsatisfied with the time limit at first, we eventually experienced that limitations could actually trigger creativity. As Queneau famously said, we “constructed the labyrinth from which we proposed to escape.”

The fact that the performances were addressed to authors who were incessantly trying to make a story out of the staged narration with momentary bursts of inspiration affected the very fiber of the performances. We’d also like to thank Halil Atasever and Tuğçe Futacı for their performance that created rich spaces for the creative process of the participants and opened a variety of mental doors for everyone.

Above all, we’d like to thank all participants for their powerful imagination, quick-wittedness in playing the game against the rules and the pleasant occasion. We’ve gained some lasting friendships! 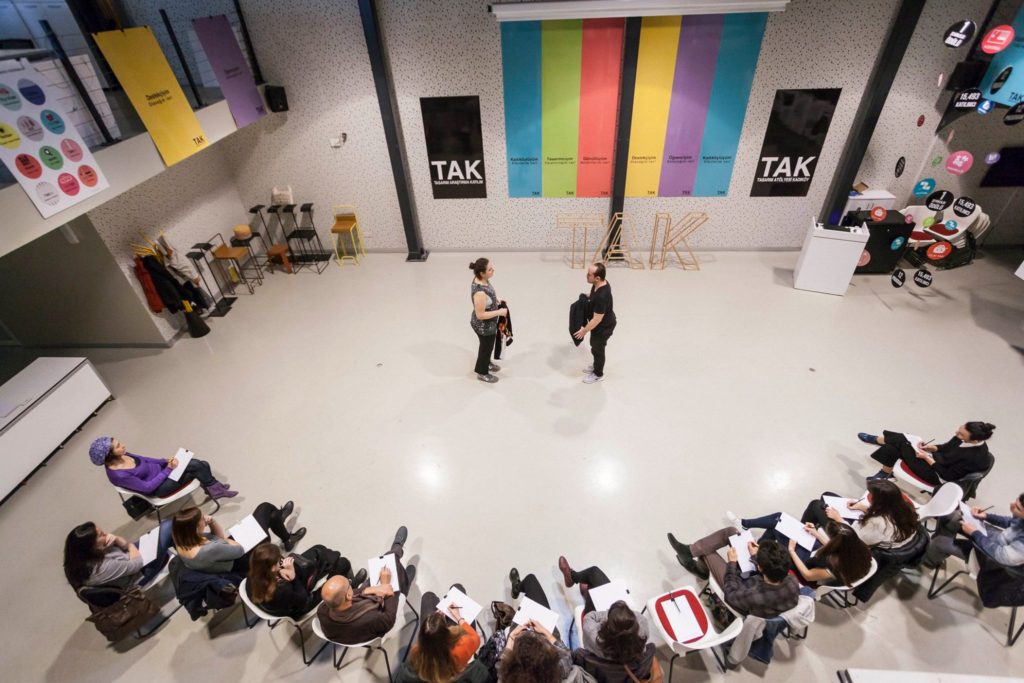